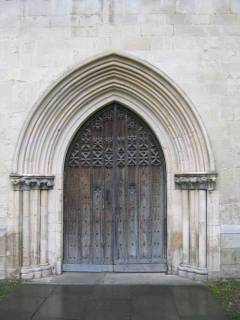 Time to Confront Biblical Ignorance about Israel is Now

I have a question I would like you to consider.   What if there were no friends of Israel in the Christian Community?

Increasingly, Christians are not being taught in churches the important role Israel plays in God’s plan of redemption-past, present, and future.   It’s a shame because the Lord’s redemption plan runs right through Israel and, according to Scripture, can’t be completed without Israel!

… God raised up the Jewish nation to fulfil His redemption od the world.   We cannot let this truth slip away.   …

The negative impact of biblical ignorance is staggering.   It keeps many Christians from seeing modern Israel as a partial fulfilment of God’s promise to return the Jewish people to the Land of Israel from the nations where He scattered them.

And since the second century, the church has failed to see Israel as God sees Israel.   This is the result of Replacement Theology, the belief that God has rejected Israel and replaced her with the church.

This false theology has incited hatred, anti-Semitism, and violence against God’s Chosen People and has led to the persecution and, ultimately, the death of countless Jewish people throughout the centuries.

A biblically informed view of Israel is vitally important.

The Bible does not teach that Christians are the true or spiritual Israel.   The church has not replaced Israel.   In Scripture, Israel is Israel and the church is the church.   The two are not synonymous.   God says we are to respect and love the Jewish people (Mt. 25:40).

When people understand biblical truth about Israel, they recognize Israel’s important role and our responsibility to bless the Jewish people.

The Scriptures are clear.   Israel is the key to God’s ultimate ending.   As this biblical truth is removed from pulpits, our calling to support Jewish people and Israel grows even more vital.   Your financial and prayerful support is the key to ensuring these biblical truths about Israel and God’s redemptive plan remain at the forefront of our Christian faith.

Will you prayerfully consider making a generous gift today to help confront biblical ignorance about Israel?